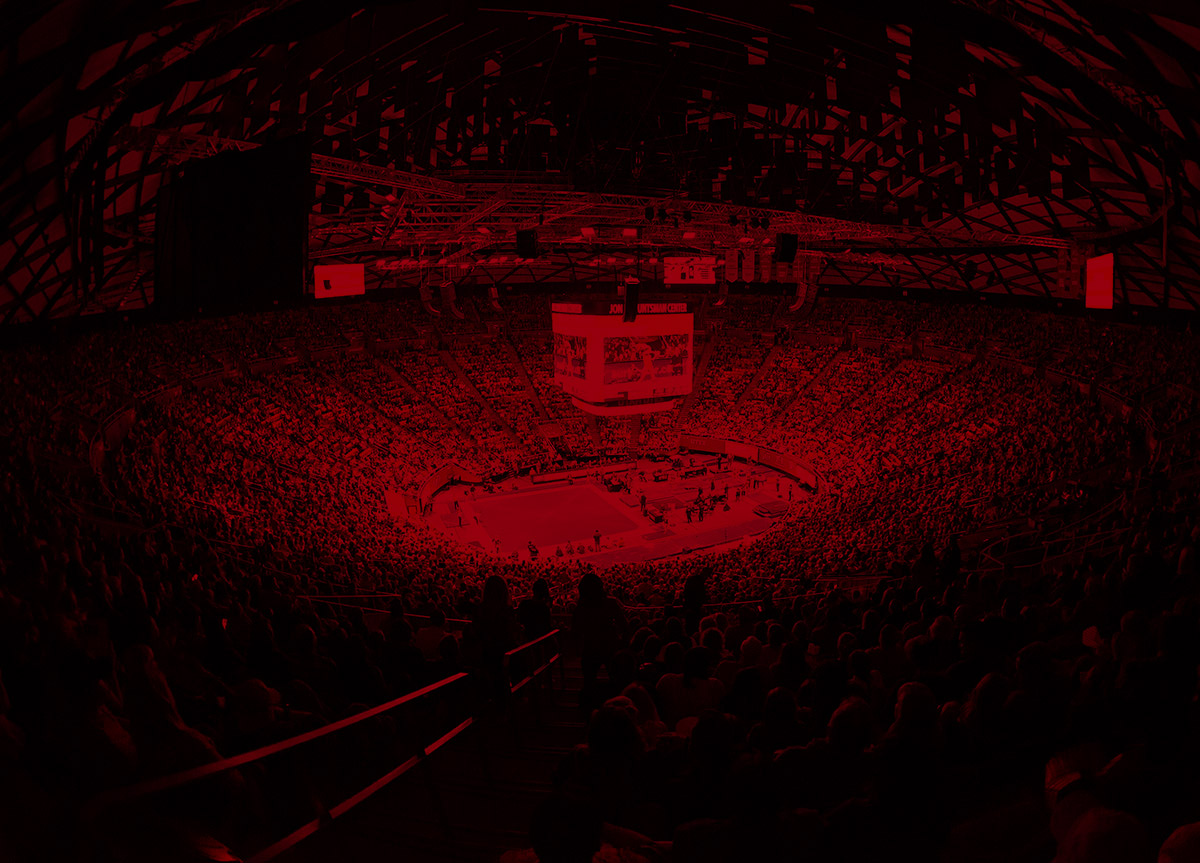 Home of the Red Rocks

The most famous college gymnastics facility in the country, Utah's Jon M. Huntsman Center has showcased more major collegiate gymnastics meets than any other venue.

Opened in 1969 on the southeast side of campus (elevation 4,657 feet), the 15,000-seat Huntsman Center is still in pristine condition. The facility underwent a $6 million renovation in the summer of 2014. The project included the installation of a super-grid ceiling structure, a state-of-the-art sound system, brighter and energy-efficient LED lighting in the arena and concourse, a maple wood floor, and updated graphics wrapping the walls of the lower bowl and mid-level concourse. New videoboards were installed in the fall of 2017 at a cost of $4.1 million.

Every NCAA gymnastics attendance record has been set in the Jon M. Huntsman Center, including the most people ever to watch a collegiate gymnastics meet (16,019 vs. Michigan in 2015) and highest season attendance average (15,273 in 2020). Utah gymnastics has attracted 30 crowds in excess of 15,000 and 56 crowds of 14,000 or more. 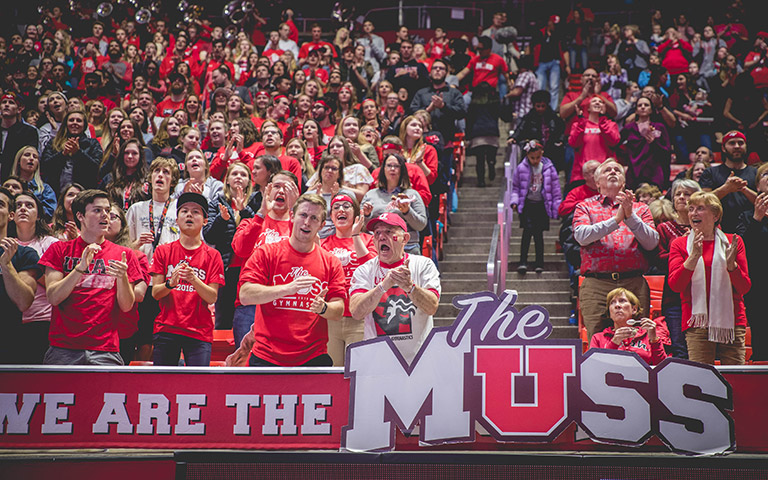